Muckerno1
Fixes: 4
Tweet
Problem added: Feb 8, 2016 (4 years ago)
My car will start perfectly every time from cold. If I take it on a short journey, stop it for 10 or 15 minutes and then try to start it again it nearly always struggles to start. This sort of journey is very typical of the cars use. It will crank over fine but takes 3 or 4 attempts to get it to fire. When it does eventually start there is no cloud of smoke from the exhaust and it ticks over fine. Even though it starts from cold I have tested the glo plugs and connections (all ok). It has been serviced since the problem first occurred so fuel,oil & air filters have been replaced. Any thoughts would be appreciated. To date I have always managed to start it but I fear 1 day it will fail to start. 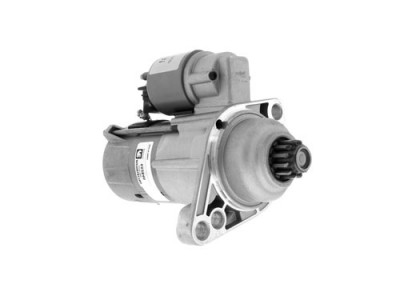 Derbyshire
Fixes: 223
Feb 8, 2016 (4 years ago)
Hi it might be the coolant temperature sensor. It sounds like the car is trying to do a cold start when warm.

I've been having a running battle with my 2007 1.7 CDTI for quite some time now, it runs/starts fine when its Cold but Hunts and takes a bit of starting when its Hot (if its been run for 30mins or more) also it only returns 35mpg if i don't drive it hard.

The problem is i am starting to get the feeling my local Vauxhall dealer doesn't know whats wrong, its been in three times now and every time they run the Tech2 and say there convinced its EGR, Fuel one way valve, Coolant sensor, ECU Map, whilst its been in its also had a New Turbo,Cam belt and full service..... So all those bits have been changed at considerable expense. The Main thing to remember here is that the car does not put the engine light on and there is no stored Fault codes, its done 65,000 miles and has a full VX service History (if thats worth the paper its Printed on).

SO... i drove it again for the first time since getting it back today and its still doing the same thing (no change at all). I'm getting the impression there guessing whats wrong so I've just spent an Hour reading up and even though i was told otherwise i think its a mixture of two faults, i know a little knollage is dangerous but i'm tempted to change the pressure control sensor (the thing i suggested was causing the hunting after reading other similar Threads and got told there was no chance as there was not fault codes) which is is associated with Lumpy idle and hunting which would leave the Hot starting problem.

Now the Hot start problem, Now knowing that the Fault code light isn't coming on i've read would imply the Starter motor would be drawing too many Amps? Which would be about right with how it starts (Cold it starts first revolution with no problem at all, Hot it seems to crank over much more but it's not what you would call slow) so not 100% on the starter and i'm not sure how to check it either.

Then there is the Crank sensor, now this should throw up a fault code but i am reading the symptoms are very similar??

It may well be the disappointment of having spent just over 3k on it since Christmas but do you think these Parts have a decent shot of fixing my problem or am i just throwing more money down the drain?
....................

Bit of an update, I got sick of Vauxhall and took my car to a Local Independent Vauxhall Specialist who fixed it in 2 hours. Turns out i had a bad Fuel Injector (Excessive leak back on no1 causing the Fuel pressure to build slowly) and a dodgy Fuel pump Regulator

Just goes to show Vauxhall Techs are stumped if they cant plug tech2 in and get a fault code to fix.

How it was explained to me was the Injector has to leak X amount of fuel back to the tank to remove any air bubbles from the fuel but at the same time the Injector can't leak back too much fuel or the Pump won't be able to produce enough Fuel pressure to start it at cranking rpm.

So mine was acting like it had low rail Pressure which was not helped when the fuel got warmed up (started to become thinner) in turn more leaked off and the problem was amplified. hence the bad hot starting.

What is a little worrying is the guys who fixed it said that the Injectors dont tend to just fail like that and its often the fuel pump starting to fail the give off small filings / swarf that makes the injectors play up but i have been told to replace the fuel filter in a couple of Hundred miles and inspect it well for any metallic fillings. So might not be over just yet.

Derbyshire
Fixes: 223
Feb 9, 2016 (4 years ago)
Are the battery and starter motor in good condition. Is it cranking at the right speed.

Muckerno1
Fixes: 4
Feb 9, 2016 (4 years ago)
Battery test ok with disccharge tester & starter motor was replaced a month ago for a separate reason, it would sometimes just engage the starter but not actually crank the engine over.

whittingehame
Fixes: 12,508
Feb 10, 2016 (4 years ago)
You lost me when you say " It will crank over fine " in first post , then " it would sometimes just engage the starter but not actually crank the engine over." You sure you got correct starter and compared pinions , throw and starter ring gear ? You could check engine earth from power unit to body .

Muckerno1
Fixes: 4
Feb 10, 2016 (4 years ago)
Sorry for the confusion. For clarity - the original problem and still a current problem is that when the engine is warm it doesn't always start. It will crank over fine but not fire. This first occurred last November but only on a rare occasion, it has become more regular since Christmas. During some testing of the problem the starter motor failed such that sometimes it would only 'click in' but not crank the engine. The standard remedy of hitting the starter motor whilst trying to crank worked a couple of times but I ended up fitting a new starter. Since doing that it has always cranked over without any bother so now I am back to the original problem. So far I haven't connected up to any diagnostic computer as everybody suggests that without any engine management light coming on then there won't be any faults logged ? I am reluctant to give the Vauxhall dealership money for nothing. They have suggested changing the coolant sensor and/or the crank shaft sensor and try it. Again reluctant to spend £160 for 2 sensors if I don't need them.

whittingehame
Fixes: 12,508
Feb 10, 2016 (4 years ago)
You could try cleaning crank sensor as it is something that can fail as engine heats up .A crank sensor and engine coolant temp sensor should be able to be got for half that price from the likes of motor factor .

whittingehame
Fixes: 12,508
Feb 10, 2016 (4 years ago)
1/4 drive , one of our qualified forum members is really your man for this particular problem with that car .He is hands on and has access to all the data / info on draws from starter , cranking speed, diesel run back etc . etc .If he logs on , I'm sure he will maybe have some more suggestions for you .I'm not the best on diesels .

1/4drive
Fixes: 1,862
Feb 10, 2016 (4 years ago)
I didn't want to but in but....
EML lamp only comes on when there's a fault OR a parameter has been breached.
For example the coolant temperature sensor.
That's ECU connector "B" terminals 17 & 30,
5V comes out and is modified by the CTS depending on temp and signal sent back to the ECU.
So terminal 30 when it's 15 degrees should read 2.7 V,
same terminal should read when idling and hot should read 0.45 V,
So the ECU actually "knows" it's hot.
So that'd be the first thing I'd test.
Your CTS could read just fine when cold and NEVER ALTER IT'S RESISTANCE when hot.
Fault code reading is just the first step whether it's EML is on or not.
THEN I go into live data display and check the Parameters that the ECU is "seeing".
And again it could be a fault with the inlet temperature sensor.
Live data is what's needed here.
Not just reading forums or listening to the guy in the pub.
I do not even phone supplier or dealers for parts until I'm confident I've isolated just exactly where in the system it could be.
That ends up costing you cash!
Code read then live data to check all parameters.
But if you must check the CTS as described above.
Repost with the results.

Muckerno1
Fixes: 4
Feb 14, 2016 (4 years ago)
1/4drive - I have tried fault code reading via the pedal test, this showed no faults. I also tried with an OBDII code reader but again no faults revealed. To get 'live Data' do I need a special piece of equipment, my OBDII doesn't seem to be able to read this data. Don't know if this is in anyway related but I have had to top up my coolant level twice in as many weeks putting about 2 pints in on both occasions.

Muckerno1
Fixes: 4
Mar 20, 2016 (4 years ago)
Well it's been a while now so I think I can say Problem SOLVED. Further testing revealed nothing. Connecting to a better code reader still showed no fault codes but did pop up a 'low battery' message. Tested battery again but it still checked out OK. Took the decision to replace the battery and here we are 4 weeks later and not a hint of any starting problems. It's all a bit strange to me but fingers crossed the problem is cured. Thanks for the hints / tips along the way.
Post a reply
Please login to reply
Planning on fixing the problem yourself?

Add your problem now, it's quick and easy 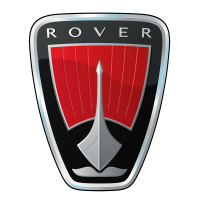