Dec 3, 2013 (6 years ago)
My boot wont open. The button above the number plate has no effect. The key from the key card does not turn the lock barrel in the manual lock - it works fine on the door lock. I cant manually lower the roof as I neeed to get into boot to start the process. Renault UK have no idea what to suggest. Im at a loss to the point I may well cut through the rear seat to get into the boot. Ive asked Renault if the boot lock barrel would be stopped from turning if the car thinks the roof is in fold mode but so far they are silient. Any advice gratefully recieved. 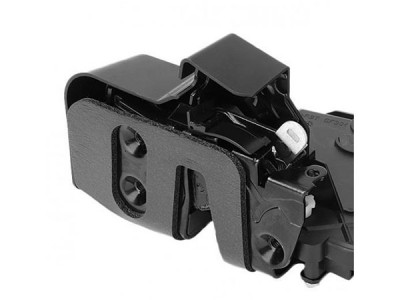 Mark and Jill
Fixes: 19
Profile
Dec 4, 2013 (6 years ago)
Im afraid the Renault site isn't much help as are Renault themselves. Even the auto locksmiths are unable to offer a solution - angle grinder seems my next option - and a vow never to buy French again!

I tried some wd40 on the keyhole, as suggested, but it still would not turn any further. However, I then tried using the emergency key and unlock button (on the boot) at the same time, and on the 2nd attempt it actually opened.

When closed the lock once again jammed, so I opened it again as above to inspect the lock.

The mechanism was making all the noises to suggest it was working, but infact it was not unlocking.

After spraying some wd40 into the main lock mechanism and working it in with about 10 lock/unlock cyles, it came to life and started working as usual, responding correctly to the boot button and the keyfob!

Thanks to all who offered their advice!

Mark and Jill
Fixes: 19
Profile
Dec 4, 2013 (6 years ago)
yep - have sprayed and "Raked" the lock but the barrel just wont turn. I have been talking to a chap at Renault Uk and he cant find a solution either - it amazes me that theres no way in

raj-shania
Fixes: 1
Profile
Mar 30, 2019 (10 months ago)
Hi how did you manage to open lock ????
Post a reply
Please login to reply
Planning on fixing the problem yourself?

Vauxhall Zafira
Will not start ,turns over
Read more Problems and Fixes