About Us
JonSpeed Racing was first founded in 1969 and later registered as an official business in 1973. The company specialised in race car preparation and Classic Mini's since the start and also sponsored many successful race cars & race series. The company has undergone many changes over the years including 3 new premises and 3 owners, but has always been situated in Nuneaton.

More recently JonSpeed Racing Limited was purchased by a local group of highly experienced Automotive Engineers / Mechanics who hope to transform JonSpeed back to its glory days as one of the World's leading Mini Specialists. The company still retains experienced Mini mechanics with over 50 years of Mini expertise between them and all of the key skills which enable them to perform all things Mini from simple M.O.T. prep to engines & gearbox rebuilds and all the way to total restoration projects.

We have also added a retail shop to our premises in the last few months and already stock over 500 new Mini items, as well as 1000's of second hand parts.

JonSpeed are Mini experts offering Mini Engineering and Mini MOT'S we aim to deliver quality service & products at an affordable price, but most importantly we are true Mini enthusiasts, serving & helping all the other Mini enthusiasts out there. We hope to do business with each & every Mini owner over the next few years, so look out for us at the Mini shows or our website or even our e-bay shop on jonspeed4minis. 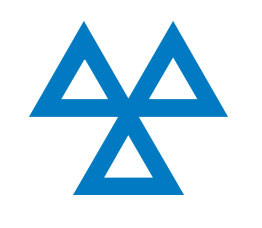 At Jonspeed Racing Ltd we can offer the following MOT tests

Call us on 02476351495 to book your MOT
Location map
Customer Reviews of Jonspeed Racing Ltd
Reviewed by: Not given, nuneaton

Name: Not given
Location: nuneaton

Hi there i have used jonspeed for over 15 years i started with minis from small work for motes upto full engine builds later on when i had more money. the staff are all friendly and seem to want to go that extra mile to help you. Every time i go there is always a friendly face there waiting to serve i know have mercedes and vw transporters and they still do all my work. i struggled to find a turbo for my c class and they sourced one and fitted it and got my wife back on the road in days. i would recomend jonspeed to anyone most of my family now use jonspeed and think any should give them i try you wont be disapointted

Thank you for taking the time to read this

I have used Jonspeed on and off for over 20 years and in the last few years since the new owner took control of the buisness things just get better and better.I have all manner of work done by jonspeed over the years and they are simply the best and they go out of there way to help where possible. Jonspeed also have the ability to repair your original parts rather just replace it with an expensive but reconditioned part which has saved me a small fortune compared to what others charge. I am not easily impressed but i am with jonspeed and now they do Mot's and work on other cars besides minis i take all my families cars there. Thank You Jonspeed for never letting me down.

Hello to all Mini classic owners,

I just want to warn you about Jonspeed. I took my engine for a complete rebuild, to a 1380cc with stage 2 head in May 2010. On there first attempt I collected the engine, and then it was installed by a very qualified motor engineer, who teaches at Burton college.

Collected it again for the third engine rebuild. I did ask them to do other works, as the owner Carl, had promised he would personally do all the works. Additional works done, Cooper 'S' grill fitted front end of car painted. Roof sprayed red from black, and new front &amp; back screens fitted. Third engine rebuild, engine smoking badly, but found out that it needed a liner fitted in the head, then ok.

Now having to take them to small claims court, for shoddy work and damage to car. PLEASE DO NOT USE THIS SO CALLED MINI SPECIALIST. They have ruined my Mini, after having it for 11 months, yes 11 months! There is a lot more to this story, but I do not have the space. Ant

Write a Review
News & Updates
Win £50 every month by answering problems
Are you a mechanic or handy with car repairs?

Elgrand
Cuts out when gets hot