I took my car to Roni’s Car Wash (The one based on Watling Street MK5 8AA) on Sunday 2nd August for a clean. When the car was returned to me the navigation/CD player/radio box (idrive) was badly damaged-it was partly pulled out, badly scratched on both the outside and the screen and most importantly it was falling apart so badly you could see the wires/ electrical bit which is stored inside the box.

Very disappointed by the way this matter was dealt with by the Manager who has failed to resolve this matter amicably and by the incompetence of the person/ persons who cleaned my car.

Car was clean and the usual lack of proper drying doesn't bother me but the way the staff at 12:20 on 11/9/14 we're careless with my vehicle has left me furious. They have broken my electric mirrors by manhandling them and wrecked my tax disc holder. Still had to pay and got a less than half harted blank shrug of an apology. !!!!!!!!!! PooP!!!

I have used Roni's car wash on numerous occasions just up from MK hospital and have never had any issues. .. Fantastic value for money , where else can you go and get a valet inside and out for £15 ? Keep up the good work boys

Previously went to wolverton car wash. Went to ronis once as going past it and it was brilliant. I have been ten times since, exact same job as a full valet which prices at £65 apart from the fabric cleaning and engine clean.

I have been a regular customer at the Roni hand car wash, but on the last two occasions the service and the quality of the finish was terrible. On the previous occasion I drove right through the automated cleaning both, and other than the pre-wash clean and jet wash, no other water detergent or wax found it's way onto my car. The guys then set about buffing it with the dirty water that was still on the car following the pre-wash. The wheels still had areas of brake dust visible even after the tyre dressing had been applied. On the visit earlier today, yet again there was an issue with the automated booth, so the car was cleaned by hand with detergent and water. At no point did the car see any wax. I paid for the mini-valet which includes the interior. Having taken the car away after complaining about the lack of wax, I found grit in the seams of the leather seats, and around and under the mats that had just supposedly been hoovered. Needless to say, I will no longer be using the Roni car wash, which is a shame as the initial visits produced a concourse finish and could not be faulted.

I took my Mercedes Benz to Roni's on the V4 near the Bowl about ten days ago. The car has had a new windscreen fitted just three weeks ago. they did a £15 valet service and car came back with SEVEN large scratches on the driver's side window, several LONG scratches on the new windscreen, and numerous SCRATCHES all over the car. The scratches on the side window were in the shape of an arc, as when someone is washing it, and none of these marks were on the car before we took it there. We now have to replace the side window at a cost of £60 through insurance, because it impedes vision - its that bad! The manager of the place did not want to know, was aggressive, denied it, and said we could do whatever we wanted to, it did not bother him because we could not prove it. We know that they made the scratches, probably with a shard of stone or something in the cloth they used. No-one had washed the car after they did, nor would we damage our own vehicle, especially an expensive luxury vehicle. The damage is terrible. I cannot bear to look at the rest of the car as I am afraid of what I will find, and it is galling to know that the brand new and very expensive front windscreen is now scratched and cannot be repaired. So beware, it was a very expensive car wash for us, and in future, we will wash our car ourselves to avoid the intense disappointment we experienced at Roni's. 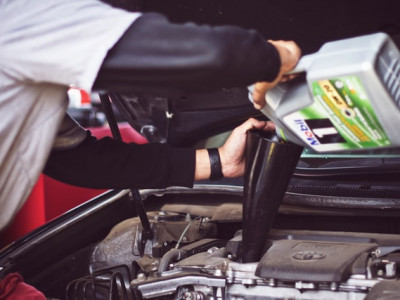 Ford B-MAX
Wing Mirrors not folding in when locking Car