I bought my '87 Bluebird SE for £500, after my 4x4 died. For a 25 year old sedan I wasn't expecting all that much, and as far as performance went I didn't get it. The 1600cc engine struggled to move the 1.5 tonnes of car at any speed, and a lack of power steering coupled with oversize tyres resulted in massive oversteer, which after a few weeks resulted in a head-on crash.

£1000 later it was back on the road. Thanks to the huge amount of steel used in building the oversized hood, the body absorbed the impact with minimal damage to the frame of the car, and she's kept plowing on regardless to this day.

As with any classic vehicle, there are some minor flaws: a complete lack of tachometer, all the windows, doors and sunroof leak, the alternator doesn't charge the battery properly, and the engine idles at 3000rpm.

Despite this the car has always started on the second turn of the key in a morning, and turns plenty of heads in the street. Ironically, it's the most reliable machine I've ever owned.

Add a review for Nissan Bluebird

Write a Review
Nissan Bluebird Recall Data
We have no recalls in our database at the moment.

See how many Nissans are in the UK and where they are. 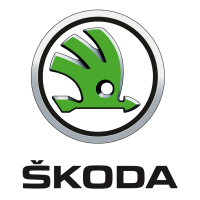 Vauxhall Tigra
Seat belt warning light on ,when set belts are in use
Read more Problems and Fixes